Diving with Volcanoes: Life in bloom

It is no coincidence that many volcanically active areas on earth are particularly popular diving destinations. Underwater volcanic rock formations provide a perfect habitat for sponges, algae and small animals. Food for larger sea creatures settles here, and these in turn attract the large predators.
In addition to the overwhelming fauna, volcanic landscapes provide geological clues: What did this lava look like when it poured into the water? Or is she frozen on land? How long ago was that? And what do you know about it?
And they are simply beautiful to look at: lava formations can form real works of art under water, which we can decode from different perspectives in three dimensions.
Volcanic dive sites are scattered all over the world. Island chains resulting from hotspot volcanism such as the Canary Islands or Hawaii, the home of glacier volcanism Iceland, the many diving areas around the Pacific Ring of Fire such as Bali or Indonesia, or crater lakes in the Eifel – volcanic diving spots are diverse.

Hot Spot Volcanism: The Birth of Islands from Volcanoes

Not all volcanoes lie on plate boundaries. There are a number of “hot spots” distributed over the earth: places where lava escapes because the pressure from a magma chamber below is too great and the crust is too thin. This spot stays in one place, while the plates drift – so one island after another can grow from the same hotspot.
The Canary Islands emerged from such a hotspot – the first about 20 million years ago (that was shortly after the dinosaurs died out, geologically speaking…) The youngest islands of La Palma and El Hierro are only about two million years old, and they are also the most volcanically active today. In 2010 the underwater volcano Tagoro in front of El Hierro erupted, in 2021 an as yet unnamed volcano in the Cumbre Vieja volcanic chain on La Palma. 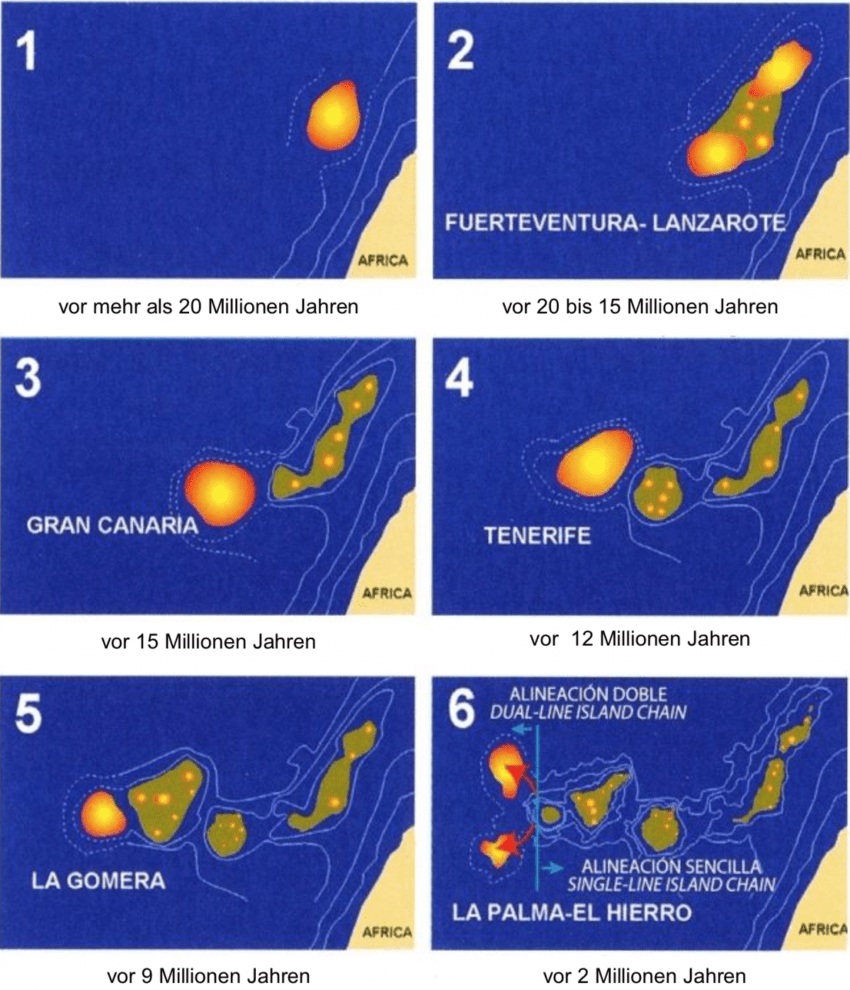 In volcanic landscapes such as on La Palma, you can marvel at the history of the earth over millions of years.
The people at the front of this picture are standing on the Roque de Los Muchachos, the highest mountain on the volcanic island of La Palma, on the edge of the Caldera de Taburiente. This caldera is not a volcanic crater but the result of continually collapsing volcanoes – the rock here is from the birth of the island. On the right, in the middle of the caldera, the Pico Bejenado rises as a single volcano, which has also not been active for a long time. But straight ahead you can see the Cumbre Vieja: This is the youngest volcanic chain, on which there have been eight volcanic eruptions in the last 500 years. The last of these at the end of 2021 cannot yet be seen in this picture.

Diving in the Canaries

The Canary Islands are a diving paradise in southern Europe, located next to the African continent in the Atlantic.
The northernmost islands are the oldest. Lanzarote was formed 15-20 million years ago, and yet another volcano erupted in modern times: The Timanfaya spewed for more than five years from 1730 to 1736. The area is now a much-visited national park. Underwater Lanzarote has a lot to offer from the lava flows in the north to the reef at Playa Chica – the lava caves are outstanding. Fuerteventura, the other ancient island, has been eroded by the fierce winds and heavy seas. You can still dive nicely there: between the islands or in Morro Jable on the moray eel reef.
Gran Canaria, around 15 million years old, is incredibly scenic. The schools of fish are particularly noticeable here, and there are some interesting wrecks off the coast.
After all, Tenerife is already 12 million years old – the highest mountain in Spain, the Teide, is still volcanically active. The last time there was a small eruption in the Teide massif was in 1909 – from a geological point of view that was yesterday. Therefore, the Teide is also meticulously monitored, should the activity increase, the population is warned. Of course, the popular bathing island also invites you to dive – whether from land or from a boat, there is something for every taste.
La Gomera is a beautiful but unusually flat island under water. You can go spotting a few fish, but it’s better for hiking than diving.
The geologically young islands of La Palma and El Hierro offer not only the landscape but also by far the most spectacular diving spots on the Canary Islands. On El Hierro, diving is mainly done in the nature reserve, where you can admire an incredible variety of fish. What can live on the Canary Islands when there is no fishing is shown here. On La Palma it is remarkably deep from land: Shortly before the coast you can easily crack the 100m mark yourself and comfortably decompress along the seabed. That’s why the island attracts a community of technical divers who want to explore the depths here, in addition to the regular divers, who of course also get their money’s worth. The small island is best known for the volcano that raged here from September to December 2021. The result of this is a new lava delta on the coast, where a variety of interesting diving spots can be expected.
Where is it most beautiful? That’s not an easy question to answer… But you can get a few very good tips here: Where are the most beautiful dive sites on the Canary Islands? 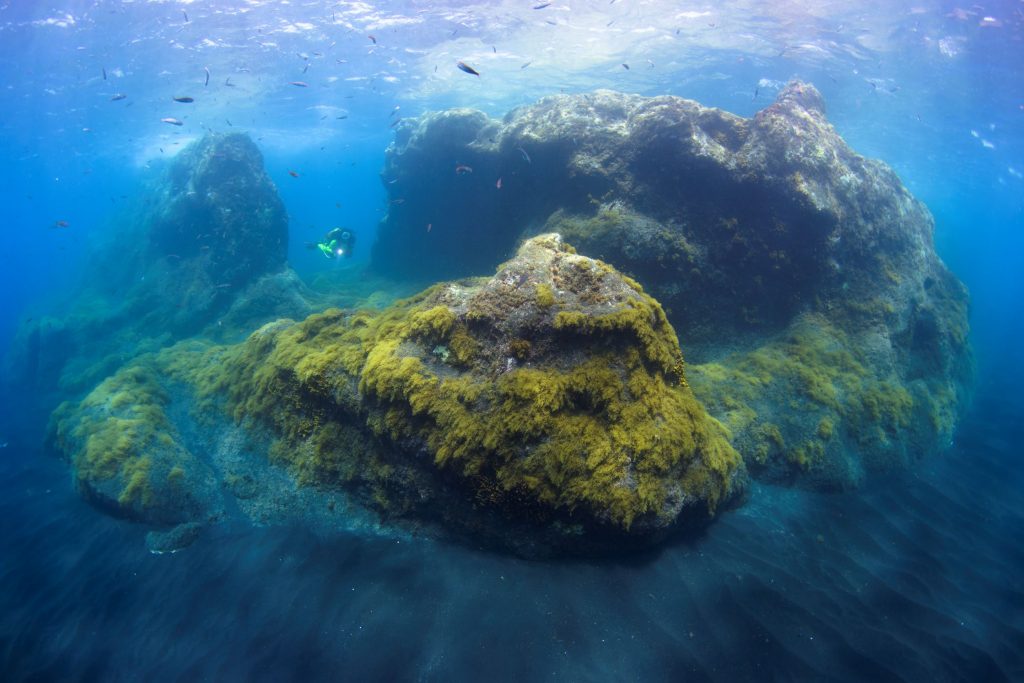 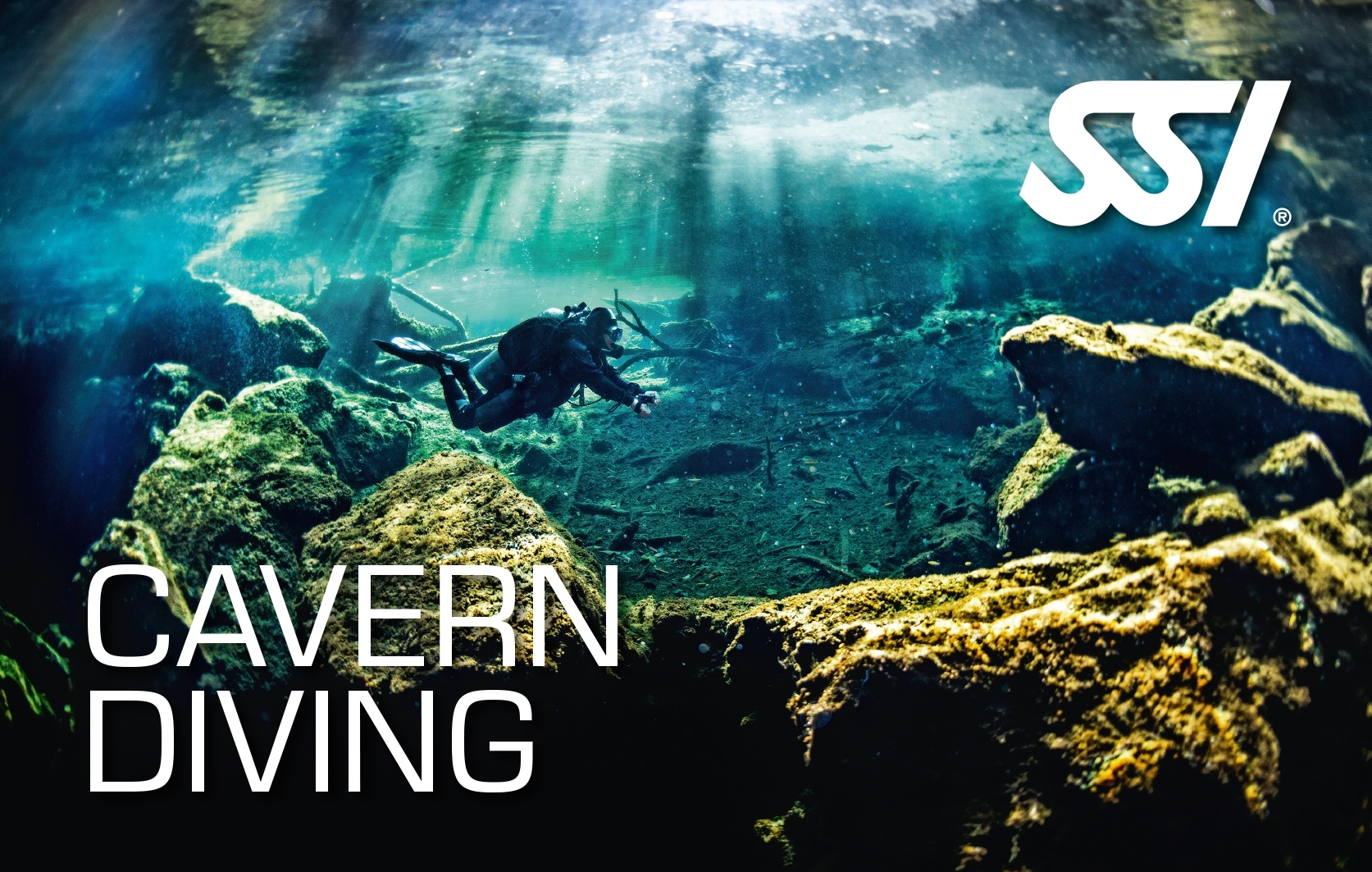 Where there are volcanoes, there are lava tubes – and where there are, there are underwater caves.
On the Canary Islands attract many small sea caves. No branched system, but still small tunnels where you can no longer emerge directly, and on which sometimes the waves and the tides exert significant forces.
Anyone who wants to dive in caves must be trained to do so. For such first experiences there are as beginner courses e.g. the SSI Cavern Diver, with which you can dive most of the spots. If you want to go further, you will then have to deal intensively with cave diving.

Iceland has this one dive: The Silfra Fissure. You dive here, so to speak, between two continental plates – afterwards it is not surprising to see how much the island above this gap is shaped by volcanic activity.
The Silfra fissure runs through Thingvellir National Park in southern Iceland. The up to 63m deep fissure is filled with crystal clear glacial water, so that nothing blocks the view of the two continental plates. You can touch the Eurasian and North American continents underwater at the same time – but you don’t have to push the plates apart. They are drifting 7cm further apart by themselves every year.
The Silfra fissure is very popular with divers and snorkelers from all over the world wanting to see this unique geological attraction. Diving is only done in dry suits, which is simply necessary at 2-4 degrees water temperature. The specialty for dry diving can be completed on site, or in advance to be able to enjoy the excursion even more relaxed.
If one dive is not enough for you, you will find other smaller crevasses in which you can admire lava rocks.
Another very special highlight is diving in a geothermal chimney that ends a few meters below the water surface: Strytan. Here, 22-degree water comes out of the rock, forming a distinct thermocline and providing food for a variety of fish. A spectacular example of the volcanic origin of a variety of landscapes around the world. 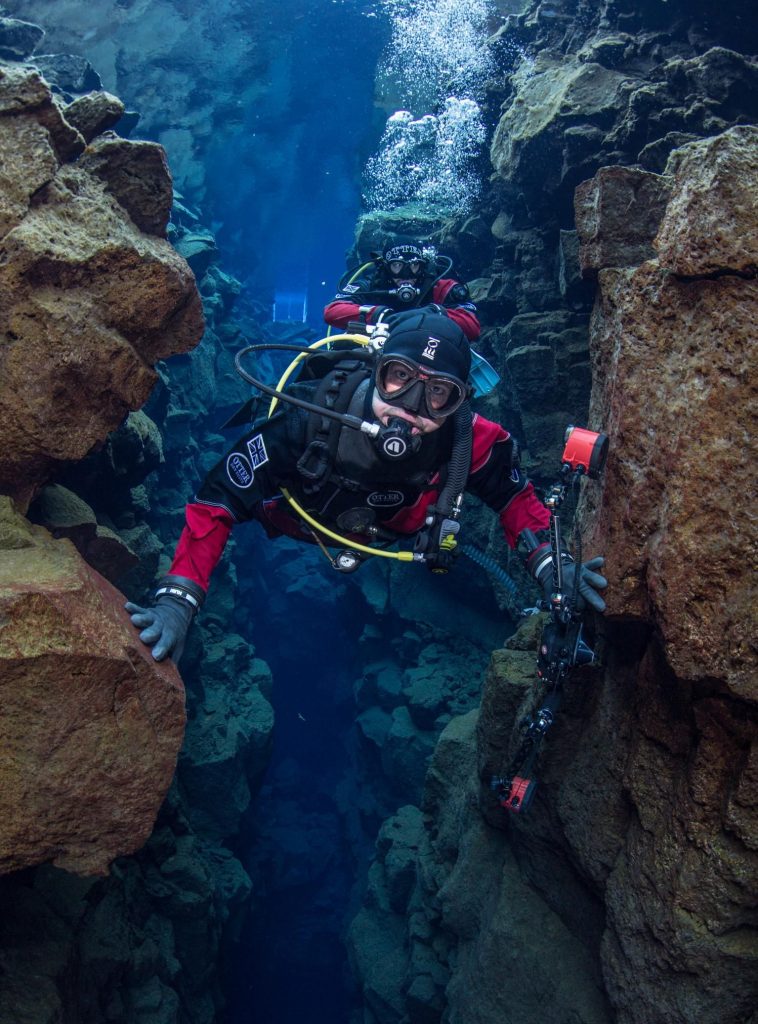 A special form of volcanic phenomena are the geysers, which Icelandic language owe their name to. “Geysa” means to spit, and that’s what geysers do: they spit boiling hot water.
These are thermal springs in which part of the water suddenly turns into steam, which then blows liquid water and steam spectacularly upwards. Some bubble almost constantly and very regularly, others show this natural phenomenon only rarely and unpredictably… 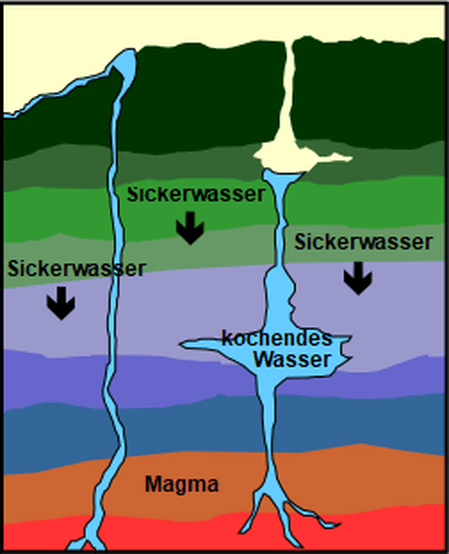 Although the number of geysers is disappointingly few, Iceland remains the land of thermal springs. From bubbling hot springs as small as bathtubs to the enormous blue lagoon, Iceland is riddled with springs heated by volcanic activity.

The mother of all hot spot volcano chains

Hawaii: a name that invites you to dream.it is a group of islands in the middle of the Pacific Ocean, and dream destination for many divers. The name “Hawaii” is derived from the name of the largest island in the chain, sometimes called the Big Island. But also the smaller islands offer exciting volcanic landscapes both above and under water.

Like other island chains far from plate boundaries, Hawaii is a child of hot spot volcanism. Over a length of more than 6000km and during the last 89 million years, this hot spot has piled up more than 120 individual volcanoes in the Pacific Ocean – the Hawaii-Emperor chain. Many of them never broke the surface of the sea, but some particularly spectacular ones make up the Hawaiian Islands of today. These volcanoes are among the largest on earth. For example, Mauna Loa and Mauna Kea both rise more than 10,000 meters, from the bottom of the deep sea to more than 4 kilometers above sea level. These are classic shield volcanoes that owe their comparatively gently sloping flanks to Hawaiian eruptions of mostly thin-bodied lavas. Due to the good flowability of the lava flows, they still reach the sea during the occasional eruptions of the volcanoes on Big Island, resulting in a spectacular “Ocean Entry”.

The lavas of Kilauea, and the Polynesian culture of Hawaii’s first inhabitants, have also shaped the nomenclature of volcanology. The particularly fast flowing Pahoehoe – lava, and the rather blocky, sharp-edged rock forming Aa – lava are known worldwide. Hawaiian volcanoes offer the rare opportunity to trace the path of lava from the lava fountain at the active crater, through the lava flow rolling down the slopes, to the pillow lava below the sea surface. And also the entire “life cycle” of a volcanic island becomes tangible here: already from the moment of the fiery birth, the forces of erosion – wind, water, and also life – also gnaw at the rock. Molokini in the Hawaiian archipelago is the rim of an extinct volcano just partially rising above sea level, home to seabirds above water, and one of the islands’ most beautiful dive sites underwater. 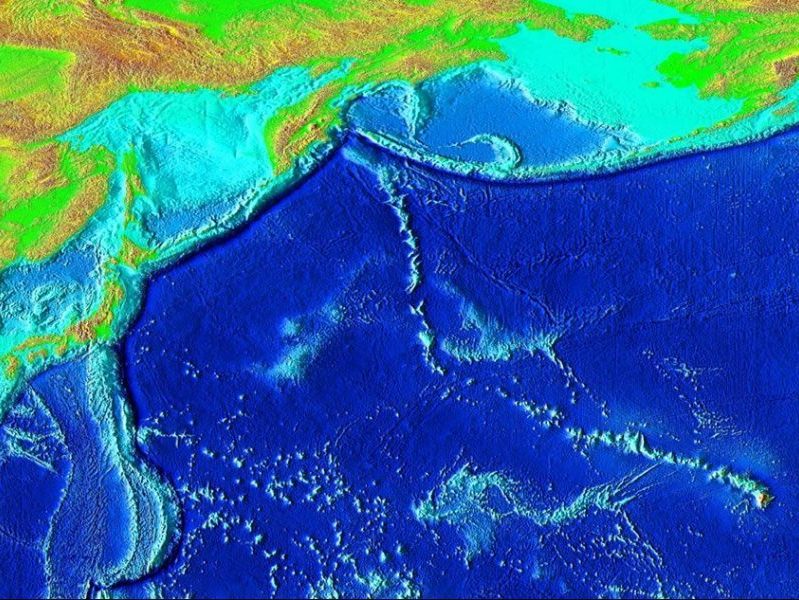 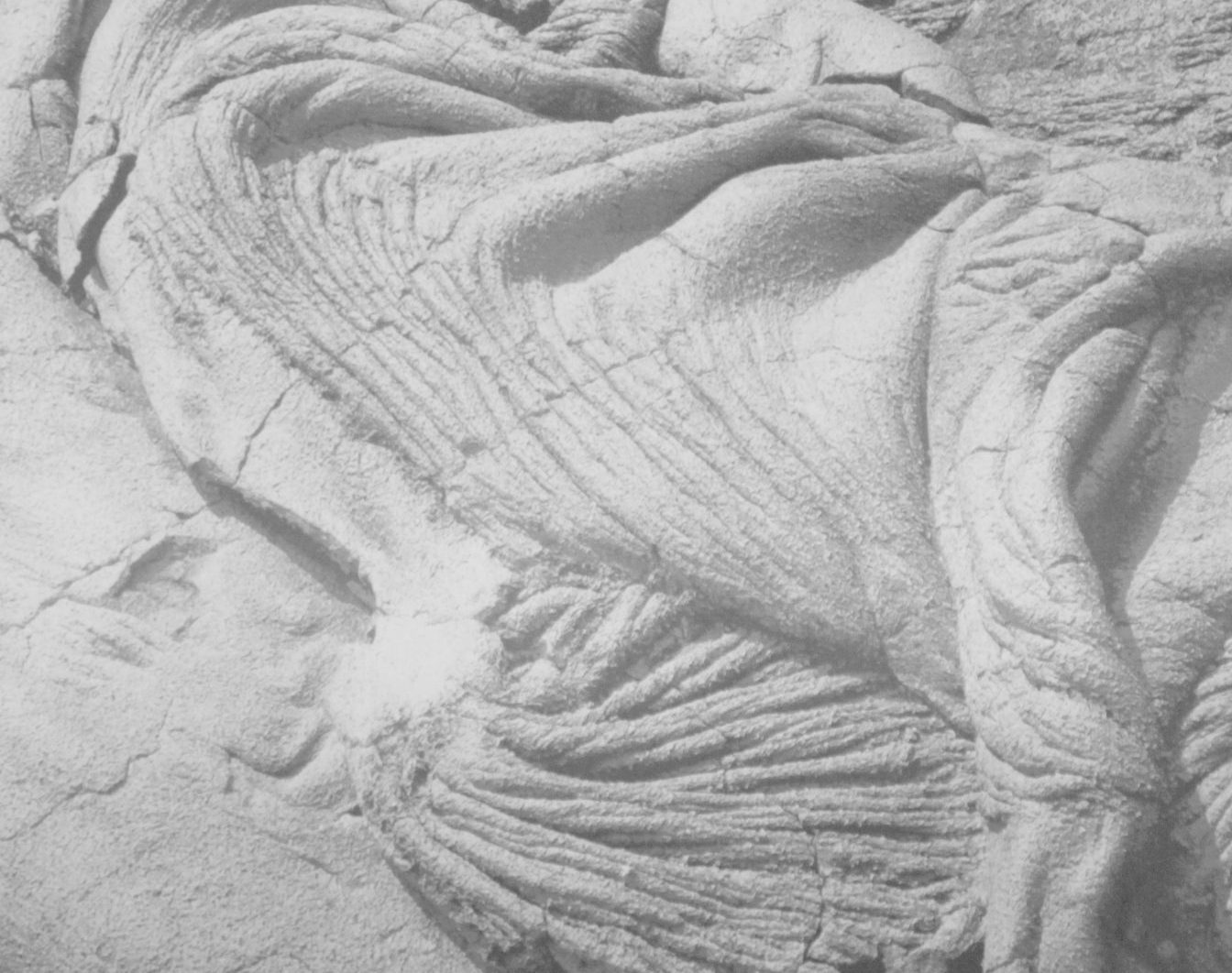 We use cookies on our website to give you the most relevant experience by remembering your preferences and repeat visits. By clicking “Accept All”, you consent to the use of ALL the cookies. However, you may visit "Cookie Settings" to provide a controlled consent.
Manage consent

This website uses cookies to improve your experience while you navigate through the website. Out of these, the cookies that are categorized as necessary are stored on your browser as they are essential for the working of basic functionalities of the website. We also use third-party cookies that help us analyze and understand how you use this website. These cookies will be stored in your browser only with your consent. You also have the option to opt-out of these cookies. But opting out of some of these cookies may affect your browsing experience.
Necessary Always Enabled
Necessary cookies are absolutely essential for the website to function properly. These cookies ensure basic functionalities and security features of the website, anonymously.
SAVE & ACCEPT